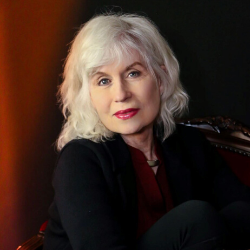 Jodie Sinclair ’79 has released a new book, Love Behind Bars, from Skyhorse Publishing.  With a preface written by Sr. Helen Prejean, Love Behind Bars recounts Jodie’s 25-year fight to expose corruption in the penal system and save her husband from a lifetime in prison.

Jodie grew up in Houston, where she attended St. Ann’s Catholic Church with her grandparents. She majored in communications at Loyola, and earned a master’s degree in journalism from Columbia University.

“Because I wanted to be a journalist, I took courses at Loyola that I thought would best prepare me to report factual, unbiased, balanced stories—courses in history, economics, politics, media law, and others that would give me context and perspective,” says Jodie. She graduated magna cum laude from Loyola in 1979 and went to work as a state capitol correspondent for a CBS affiliate in Baton Rouge covering gubernatorial events and legislative sessions. She also covered stories in neighborhoods mired in poverty and distress. It was during this time that Jodie first met her husband, former death row inmate and award-winning jailhouse lawyer Billy Sinclair, while on assignment for a story at Angola Penitentiary.

“Journalism relies on honesty—honesty with oneself and with the public—and honesty is a cornerstone of the Catholic Church. Reporters give back to the community by providing a true picture of events, performing an important duty that safeguards the public. When I became a TV news reporter, I went on assignments that took me far beyond the upper class neighborhoods of my upbringing. But I took with me the principles I was taught in Catholic schools, principles upheld in a Jesuit education at Loyola.”

Jodie moved to Houston in 1982 where she spent 15 years as a TV news reporter. She once witnessed an execution as a TV pool reporter. “That was a day I will never forget,’ Jodie recalls. “One that brought me face to face with the need for forgiveness in the most dire of circumstances.”

Since the late-1990s, Jodie has worked in public affairs and media relations. She has received numerous awards for her reporting and publications work, including an Award of Excellence from the Public Relations Society of America and the McLane Award of Public Service from the Texas Association of Broadcasters. Her husband Billy was paroled in 2006, and together he and Jodie co-authored Capital Punishment: An Indictment by a Death Row Survivor (2009) and A Life in the Balance, The Billy Wayne Sinclair Story (2000), both published by Arcade Publishers.